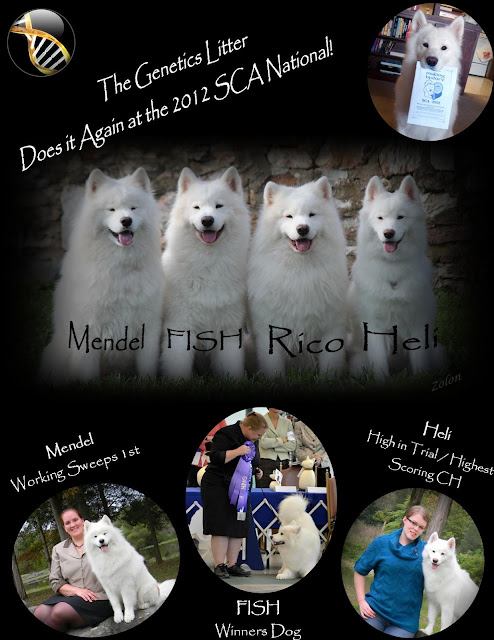 It's hard to believe Mendel's second National Specialty is behind us already!  It seems like just yesterday I was on my way home from Seattle with a little ball of fluff.  Time sure does fly when you're having fun!

Photo 51 didn't have any players in the Futurity ring this year so I helped out our friends at Bilrost with one of their lovely "Star Wars" boys. Chewie, having never been shown before, was great fun in the ring! 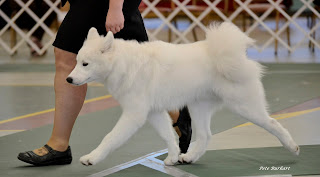 Keep an eye on Bilrost Samoyeds, we've got some very exciting plans with them on the horizon!!

Mendel started off the day in the Rally ring and performed beautifully to earn his first Rally Novice Leg with a score of 93 out of 100 points!! 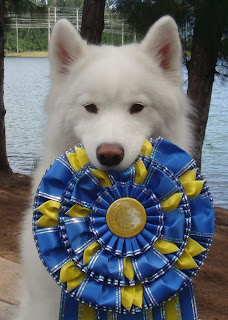 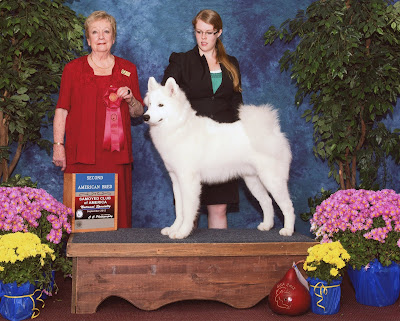 Mendel's beautiful brother, FISH, made us squeal with joy when he was awarded WINNERS DOG from the Bred By class with breeder and friend, Julie Dunkle, to finish his Championship!! 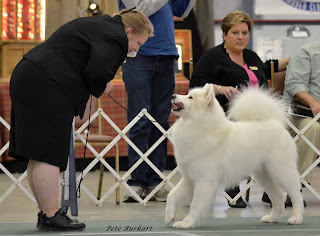 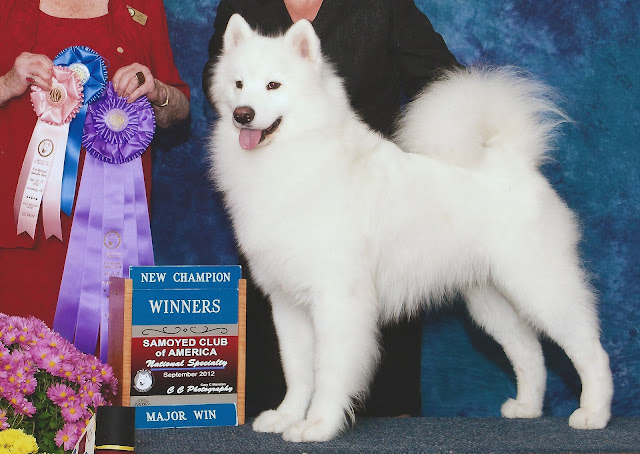 ﻿FISH is Julie's service dog in "real life", but he sure knows how to put on a great show in the ring. 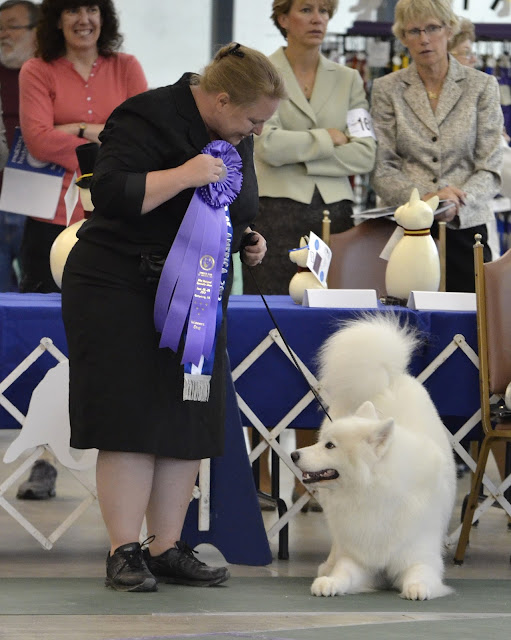 The beautiful Miss Morgana (CH Hawkwind's Morganite Moonstone), owned by our friends at Bilrost Samoyeds, was given an Award Of Merit for the second year in a row at the National Specialty! 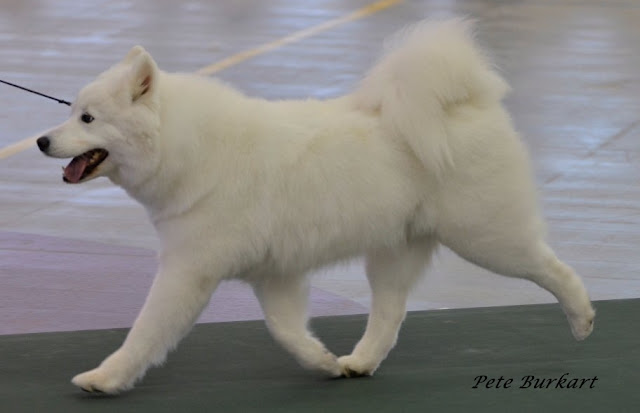 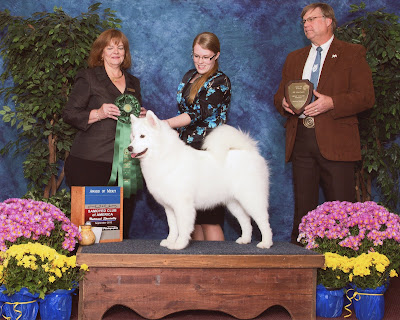 Morgana and her mama, Electra, teamed up in brace to win 1st place in their class for the second year in a row, as well!  Great job, girls!! 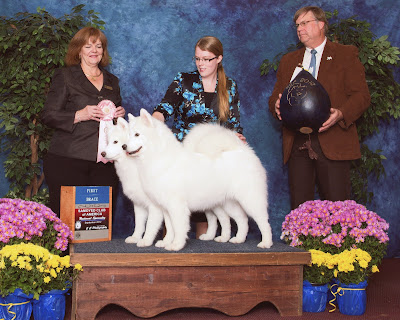 There was a great place for some nice pictures at the show site so we made sure to snap a few pics of Mendel and Heli!  Click on photos to view larger! 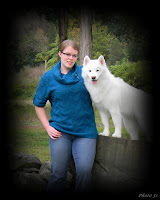 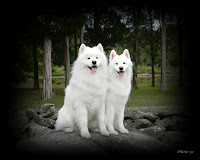 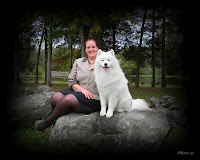 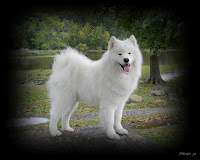 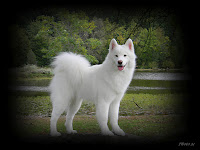